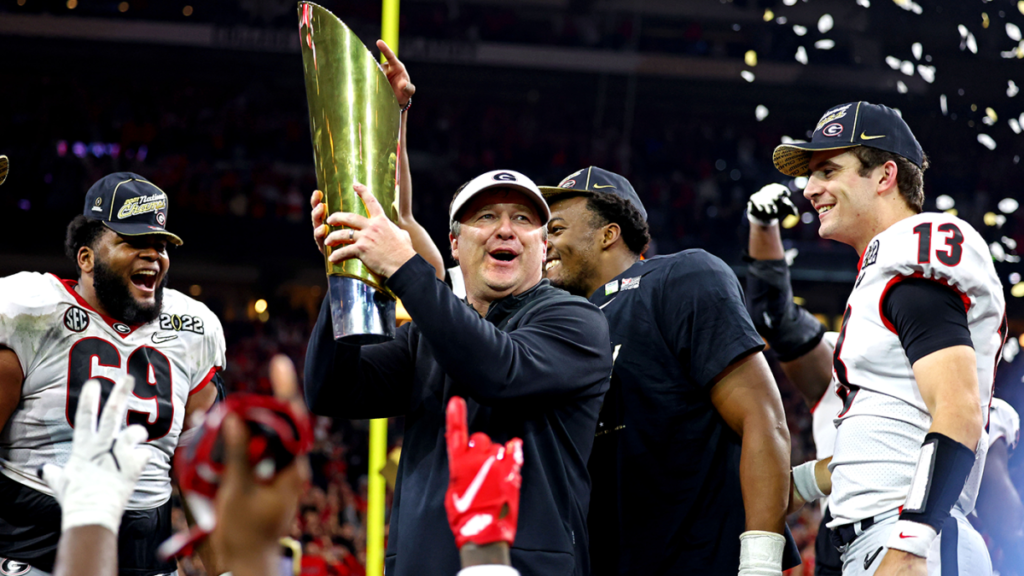 Georgia came into Monday night's National Championship with a laundry list of losing streaks and droughts. The Bulldogs were on a 7-game losing streak to Alabama, having not beat the Crimson Tide since 2007. Kirby Smart, Bulldog Head Coach and former Alabama Defensive Coordinator, was 0-4 against his former boss Nick Saban. And not to mention, Georgia had not won a National Championship in over 40 years.

However, just before midnight ET on January 10th, all of that changed. Georgia conquered their Everest. A Pick Six-Interception by defensive back Kelee Ringo sealed the game with less than a minute to go, giving Georgia a 33-18 lead, which would end up being the final score.

It was a different style of game compared to the previous matchup between these two teams in the SEC Championship just over a month ago. That game was much more offensive, ending in a 41-24 victory for the Crimson Tide. Defense, however, dominated Monday night. More specifically, Georgia's defense. The Bulldog's only allowed a single touchdown and a handful of field goals to Alabama on their way to a convincing victory.

This is the first National Title the Georgia Bulldogs have won since 1980, ending a 41-year drought.