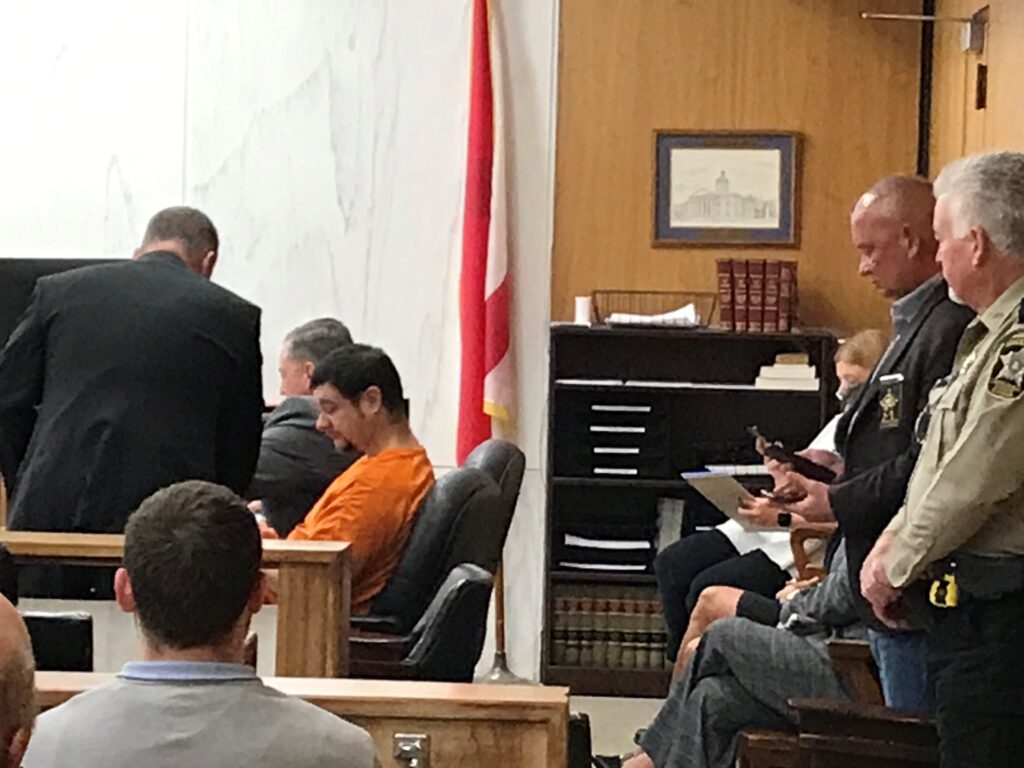 FLORENCE - A convicted murderer was sentenced to life in prison Monday in the shooting death of Michael Moore Watson.
Charles Jordan received the sentence from Lauderdale County Circuit Court Judge Will Powell following a hearing during which family and friends from both sides gave statements.
Lorien Watson, the widow of Watson, who was shot to death by Jordan on June 9, 2018, said she is living a nightmare.
"My reality sets in that this is not a nightmare," Lorien Watson said. "This is my life."
She asked Powell to issue a life sentence.
"Charles Jordan should spend the rest of his life in prison for purposely and maliciously taking Michael's life," Watson said.
On Feb. 11, a Lauderdale County jury found Jordan guilty of murder. He shot Watson twice in the chest and once in the back outside their homes on Lauderdale 110 in the Pine Haven Shores subdivision of Lauderdale County.
The men had argued about loud music coming from Jordan's home. In addition, the Jordans were getting evicted from their home, and the Watsons, who helped build the house, planned to move in.
During Monday's hearing, Charles Jordan said he has "always been a peacemaker."
"I've always tried to work things out," Jordan said. "Now I've got death on my hands and I'll always have that stain."