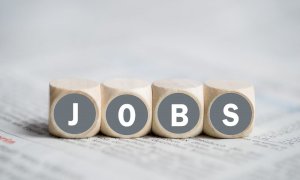 Unemployment in the Shoals was down to 2.4% in December, according to the latest figures from the Alabama Department of Labor.
The number represents 1,622 unemployed members of the Shoals Civilian Labor Force, which includes Lauderdale and Colbert Counties, according to data from the department.
December was the fourth straight month the Shoals has had unemployment below 3%, according to the U.S. Department of Labor.
The labor department breaks down unemployment rates by counties. Colbert's rate was 2.7% in December, while Lauderdale's was 2.3%. Franklin County's rate was 2.3%.
The department also lists rates for selected cities, including Florence, which was at 2.5%.